'The Odd Couple' star Joan Hotchkis passes away at 95 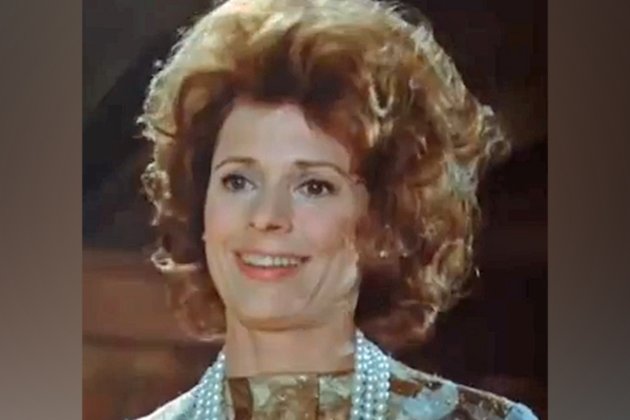 Washington [US], October 5 (ANI): Veteran actor-writer Joan Hotchkis, known for 'The Odd Couple' and 'Legacy,' passed away at the age of 95 on September 27 in Los Angeles, according to media reports.

Deadline reported that her daughter Paula Chambers said Hotchkis's death was due to congestive heart failure. Hotchkis was the last surviving child of Preston Hotchkis and Katharine Bixby, influential civic figures in Los Angeles who throughout the course of the last century oversaw organisations like the California Historical Society and the Metropolitan Water District.

After receiving an M.A. in Early Childhood Education from Bank Street Teacher's College and a B.A. in Psychology from Smith College, Hotchkis first worked as a nursery school teacher in New York before turning a professional actor in 1954 at the age of 27.

At the Players Ring theatre in Hollywood, she was cast in the lead role of Lizzie in The Rainmaker. When she moved back to New York, she joined The Actors Studio and started getting offers for guest roles and TV advertisements. She met the filmmaker Bob Foster at this time, and the two later got married and had a daughter named Paula.

Before making her Broadway debut in 1960 with Advise and Consent, Hotchkis would go on to star in the drama Streetcar Named Desire and the soap serial The Secret Storm.

After divorcing in 1967, she relocated back to Los Angeles and appeared as a guest star on a number of television programmes, including General Hospital and Bewitched.

After finishing Legacy, Hotchkis was diagnosed with meningioma, a benign brain tumour, which was successfully removed through surgery. This allowed her to continue writing for decades longer.

According to Deadline, Hotchkis' goals altered after surviving brain surgery; she gave up acting in TV and movies and went back to performing on stage.

Hotchkis had a strong commitment to social justice, and she supported progressive organisations and mentees from disadvantaged backgrounds. She gave crucial assistance to activists like Torie Osborne, who would go on to lead the National GayLesbian Task Force, and Bogaletch "Boge" Gebre, who fought for the rights of Ethiopian women.

As an actor, writer, producer, performance artist, philanthropist, mentor, and friend, Joan Hotchkis inspired countless people with her passion, courage, generosity and delightful blend of elegance and playfulness. She is survived by her daughter Paula and many loved ones who will miss her greatly. (ANI)