BRUSSELS, Belgium - NATO was holding an emergency meeting of the North Atlantic Council on Friday following the death of 33 members of Turkey's Armed Forces in Syria overnight.

The request for the meeting, which is being held at NATO headquarters in Brussels, was made by Turkey.

The Syrian government is believed to have been responsible for a major attack in Idlib, in Syria late on Thursday night which killed the 33 Turkish soldiers and injured dozens more, many of them critically.

"Today, the #NATO council meets at Turkey's request to consult under Article 4 of NATO's founding Washington Treaty on the situation in Syria," NATO chief Jens Stoltenberg posted on Twitter.

A press point was scheduled to follow the meeting at which time Stoltenberg was expected to make a statement and to answer reporters' questions.

Meantime the official Syrian news agency has confirmed Syrian army units were continuing to attack Turkish positions on Friday, maintaining the target of its attacks are "Erdogan's regime-backed terrorist organizations."

A "SANA reporter said that the army units continued to target terrorists on the direction of Saraqeb in Idleb southeastern countryside and carried out intensive rocket strikes and artillery bombardment against the terrorist groups' positions, supply routes and movement axes, inflicting heavy losses upon terrorists in personnel and destroying a number of their armored vehicles and cars," the Syrian news agency said.

Syria maintains the 'terrorist groups' in Idleb countryside receive direct military support from the forces of the Turkish regime through artillery, rocket and drone support which they use to target the Syrian army. t.

Earlier, the Russian Defense Ministry claimed the Turkish troops who came under fire in Idleb, of which 33 were killed, were among 'terrorists.'

Turkey has been active in Syria following an agreement reached with Russia in 2018. There is a ceasefire in force but attacks have continued. Turkey claims 1,300 civilians have been killed by Syrian and Russian forces since the deal was done.

The continuing violence has forced more than 1.7 million Syrians to flee their homes, with most of them now camping near the Turkish border.

Since war erupted in Syria in 2011, Turkey claims it has accepted 3.7 million Syrian refugees,

Gov. Rahmi Dogan of Turkey's Hatay province in confirming Thursday night's death toll of thirty-three, said 35 soldiers has been injured in the attack. He said they had been evacuated to hospitals in Turkey.

The Turkish director of communications Fahrettin Altun decsribed Thursday night's air raid as a "nefarious attack against heroic soldiers in Idlib who were there to ensure our national security."

UNITED NATIONS - How should the U.N. General Assembly and its 193 member states respond to the coronavirus pandemic? Members ...

European leaders are struggling to agree on how to handle the coronavirus pandemic. Their most recent disagreements are undermining European ...

U.S. accepts help from Russia in fight against coronavirus

Moscow has the biological strains that Washington needs to create a vaccine against its 2020's uninvited guest.U.S. President Donald Trump ...

Washington [US], April 01 (Sputnik/ANI): The death toll from the novel coronavirus (COVID-19) in the United States has increased to ...

Chinese, Russian and European countries get OK from U.S. on Iran

PanARMENIAN.Net - The U.S. government has extended for another 60 days sanction waivers that allow Russian, Chinese, and European countries ...

How the coronavirus recession puts service workers at risk 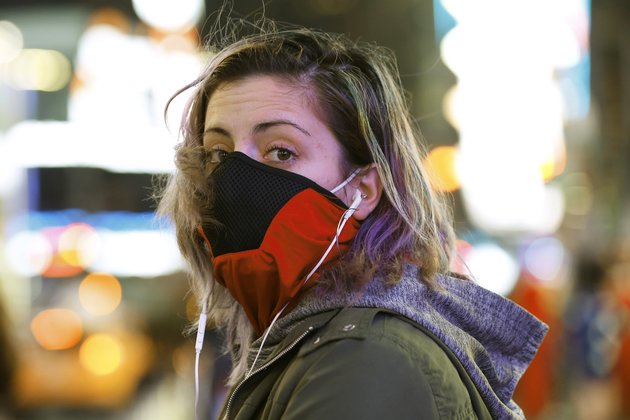 Economic activity is slowing rapidly, both in the United States and around the world.