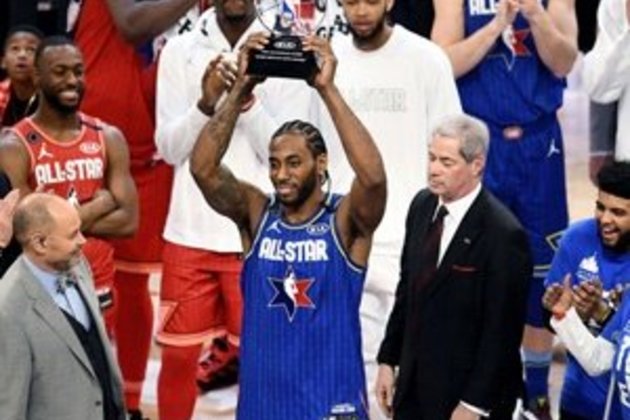 Los Angeles - Kawhi Leonard stole the show on the floor and Hall of Famer Magic Johnson took centre stage in an emotional pre-game ceremony on a night the NBA paid tribute to the late Kobe Bryant.

Leonard finished with 30 points and seven rebounds and was awarded the new Kobe Bryant MVP award. The trophy was named after the former Los Angeles Laker, who perished along with his daughter Gigi and seven others in a horrific helicopter crash three weeks ago.

"I want to thank Kobe for everything he has done for me, all the long talks and workouts. Thank you," said Leonard, who grew up in Riverside, California east of Los Angeles.

Giannis Antetokounmpo finished with 25 points and 11 rebounds to lead Team Giannis who kept the game close right up until the nail-biting finish.

"The guys were taking charges and running back playing defence," said Leonard of the highly competitive All-Star Game which contrasted sharply with Friday's benign Rising Stars game that deteriorated into a slam-dunking contest.

With the score 156-155, and new format dictating that the winner needed to be the first to get to 157 points, Davis went to the line for two shots after being fouled by Team Giannis' Kyle Lowry.

"I told my teammates I was going to go to miss the first one and put more pressure on myself to knock down the second one," said Davis, who grew up in Chicago.

That's exactly what he did to put a perfect ending on the night which began with another Laker icon Johnson making an emotional speech honouring Bryant in front of a crowd of 20 900 at the United Center in Chicago.

"We'll never see another basketball player quite like Kobe," said Johnson, who also paid tribute on Sunday to David Stern, the late NBA commissioner. "Scoring 81 points in one game. Scoring 60 points in his last game. And then winning five NBA championships."

James made his 16th all-star start breaking a tie with Bryant for the most all-time. Bryant holds the record for most all-star MVP awards with four.

The league also honoured Bryant by having Team Giannis wear his No. 24 and Team LeBron wear his basketball-playing daughter's No. 2.

Team LeBron earned $400 000 in prize money which they donated to the Chicagoland youth charity Chicago Scholars.

UNITED NATIONS - How should the U.N. General Assembly and its 193 member states respond to the coronavirus pandemic? Members ...

European leaders are struggling to agree on how to handle the coronavirus pandemic. Their most recent disagreements are undermining European ...

U.S. accepts help from Russia in fight against coronavirus

Moscow has the biological strains that Washington needs to create a vaccine against its 2020's uninvited guest.U.S. President Donald Trump ...

Washington [US], April 01 (Sputnik/ANI): The death toll from the novel coronavirus (COVID-19) in the United States has increased to ...

Chinese, Russian and European countries get OK from U.S. on Iran

PanARMENIAN.Net - The U.S. government has extended for another 60 days sanction waivers that allow Russian, Chinese, and European countries ... 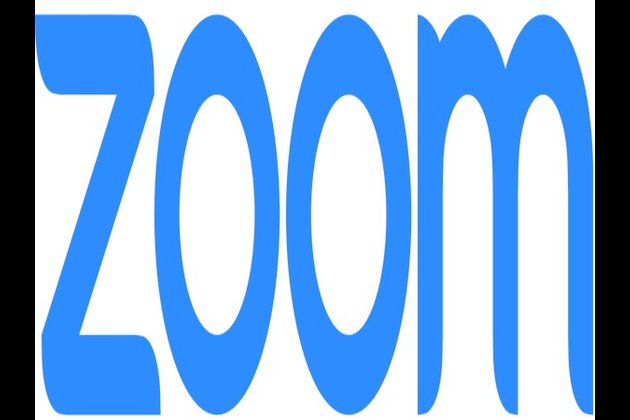 California [USA], April 2 (ANI): The sudden surge in the usage during the global public health emergency seems to have ...