Kevin Hart released from hospital, being treated at rehab facility 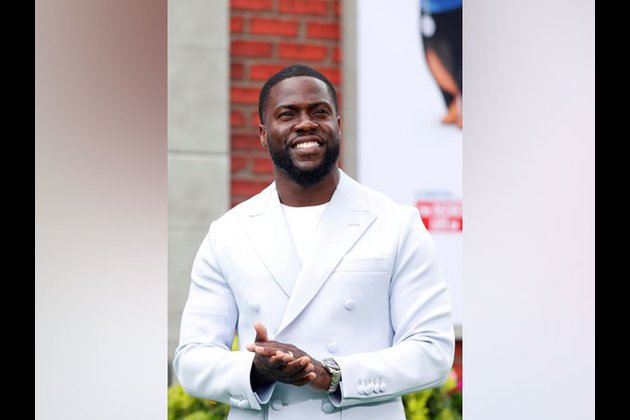 Washington D.C. [USA], Sept 12 (ANI): Actor-comedian Kevin Hart, who is on the road to recovery, was released from the hospital 10 days after his terrifying car accident.

The 40-year-old star was discharged and is now recovering from his injury in a rehabilitation facility, a source told People.

According to TMZ, Hart's is receiving "intense" physical therapy at the live-in rehab facility.

Hart was hospitalised and underwent back surgery after he suffered from "major back injuries" after a car crash earlier this month.

He was left injured when his vintage Plymouth Barracuda veered off the road in California. The comedian was hurt after the vehicle's driver, friend Jared Black lost control and crashed through wooden fencing just before 1 a.m. on Mulholland Highway in Malibu, a spokesperson for the California Highway Patrol previously shared.

The car crashed about 10 feet off the road and into a ditch, leaving Black and Hart with "major back injuries," TMZ reported earlier. A third occupant, Black's fiance Rebecca Broxterman, was unharmed.

Hart's wife Eniko Parrish told TMZ outside the hospital last week that he is doing "great" and is expected to fully recover soon.

Hart bought himself the vintage Plymouth Barracuda as a birthday gift in July, and showed off his new car on Instagram, saying that he had nicknamed it "Menace."On the work front, Hart is set to appear in 'Jumanji: The Next Level' later this year, and he will also feature in 2020 drama film, 'Fatherhood.'(ANI)